Most of Cormier’s pieces featured reclining figures in graceful positions and were cast in bronze.

This represented sculpture is very fine and rare for its material.

The refined quality of white bisque porcelain elevate this piece to the level of world-famous 18th century Sevres masterpieces that were created by the best European sculptors such as Falcone, Bachelier, and Pigalle. Porcelain and its production in the 18th century was so expensive to produce that it was coined “White Gold” and it was only affordable by European royalties and European courts.

The sculpture is signed with the name of the sculptor and bears a Sevres “S” Stamp. 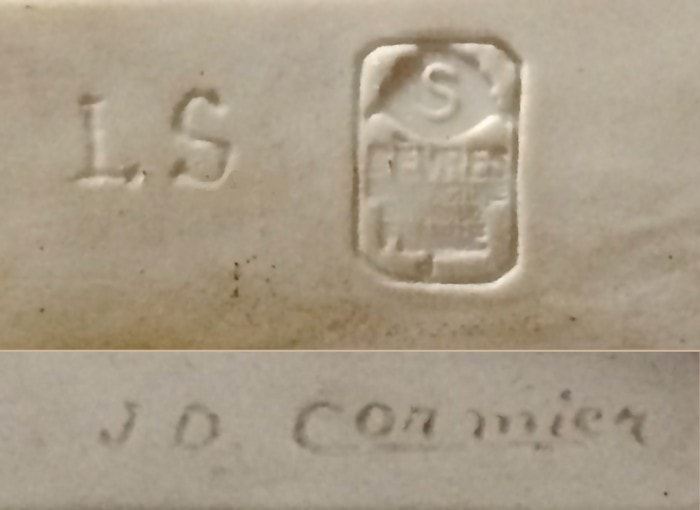 The name of the Sculpture is “LA CHAÎNE”, in French, “LA CHAÎNE” means “chain” and that seems to be the dominant symbol in this unique sculpture.

A woman and a child appear to be almost bound by this garland or chain of flowers, and judging by their festive and cheerful expressions seem to be in a game.

* Sevres – a type of fine porcelain characterized by elaborate decoration on backgrounds of intense color, made at Sèvres in the suburbs of Par