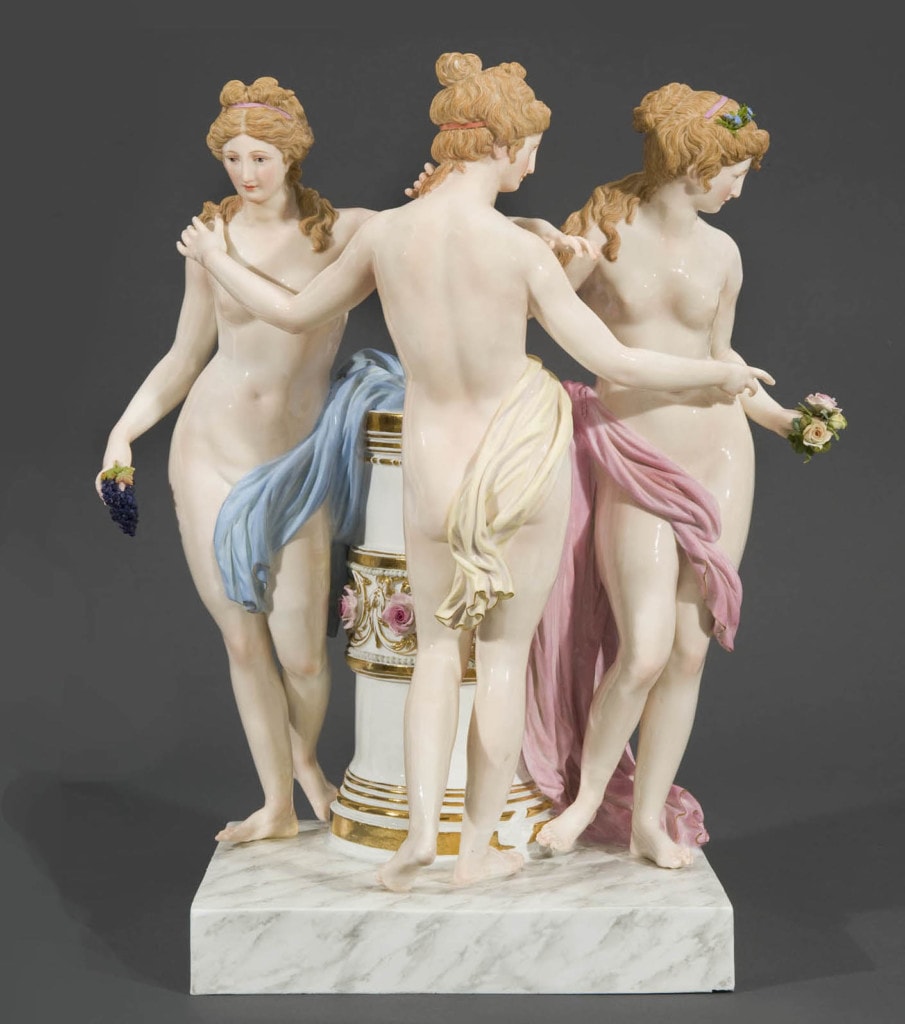 After an original by Juechtzer, each scantily draped, standing either side of and before a cylindrical plinth applied with flowers and bands of beading on a rectangular marbled base. Blue Crossed Swords Mark, incised H71. Impressed 96 163.

One of the most favorably featured subjects from Greek mythology, is Three Graces, who are goddesses of beauty, charm and joy. Often times also portrayed as the daughters of the god Zeus, they were the special attendants of events associated with other deity figures such as Aphrodite and Eros. The Graces were also believed to endow artistic abilities in the mortals. In art forms, they are rarely depicted as individuals but as a group of three young maidens, holding hands and dancing in a circle. 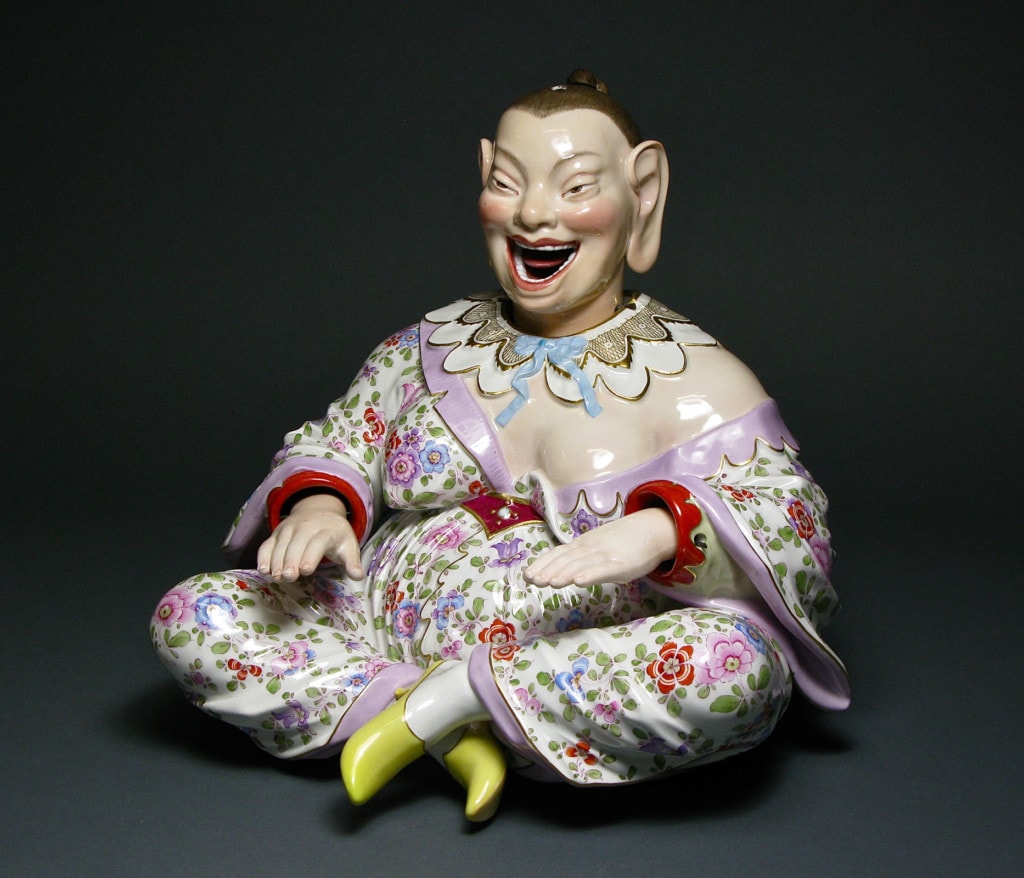 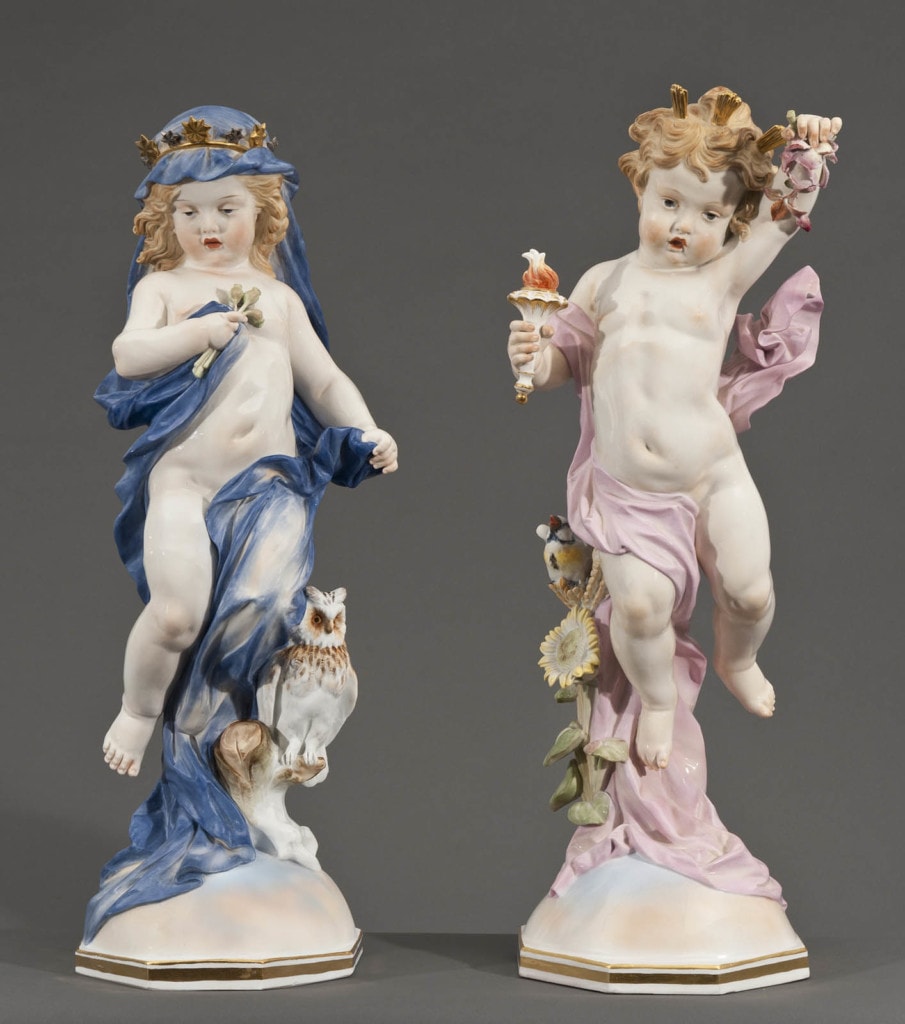 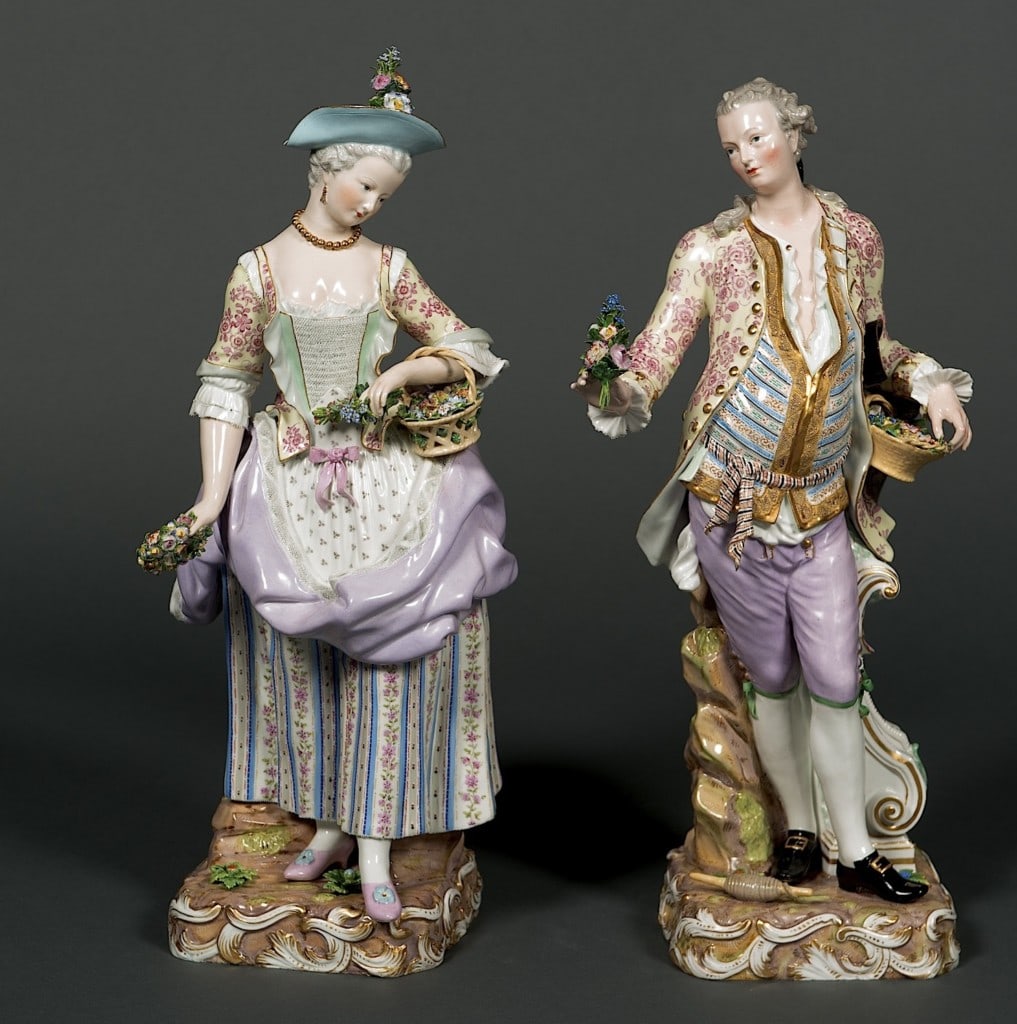 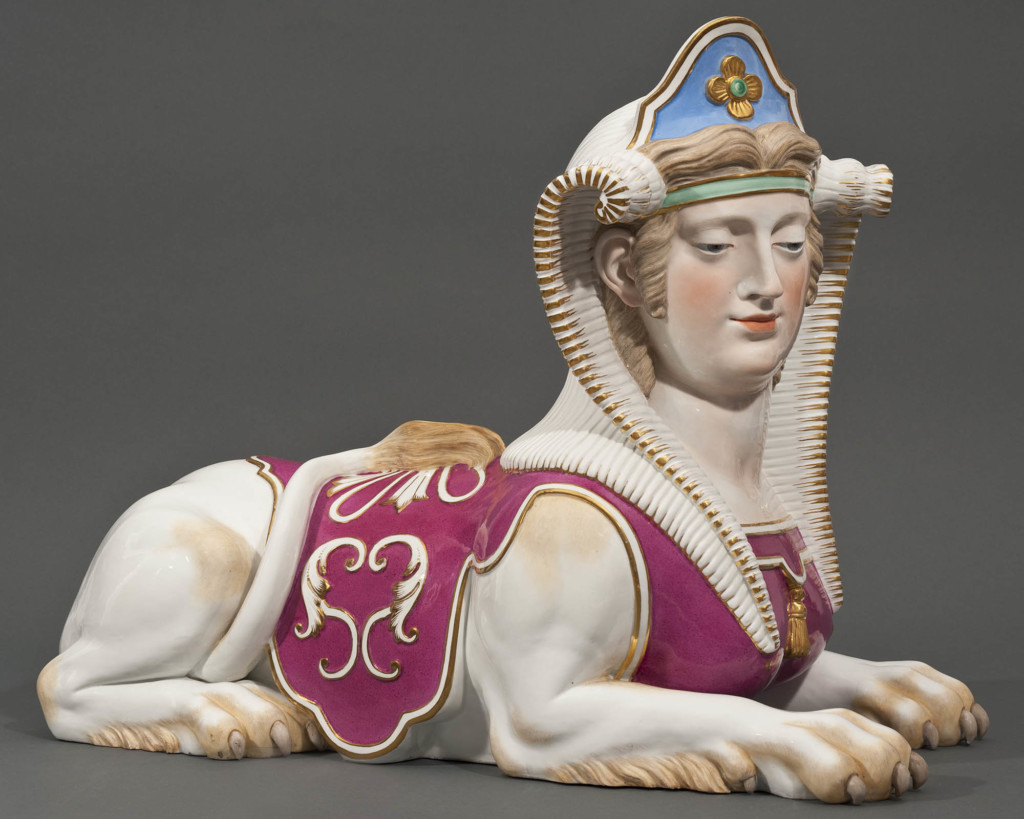 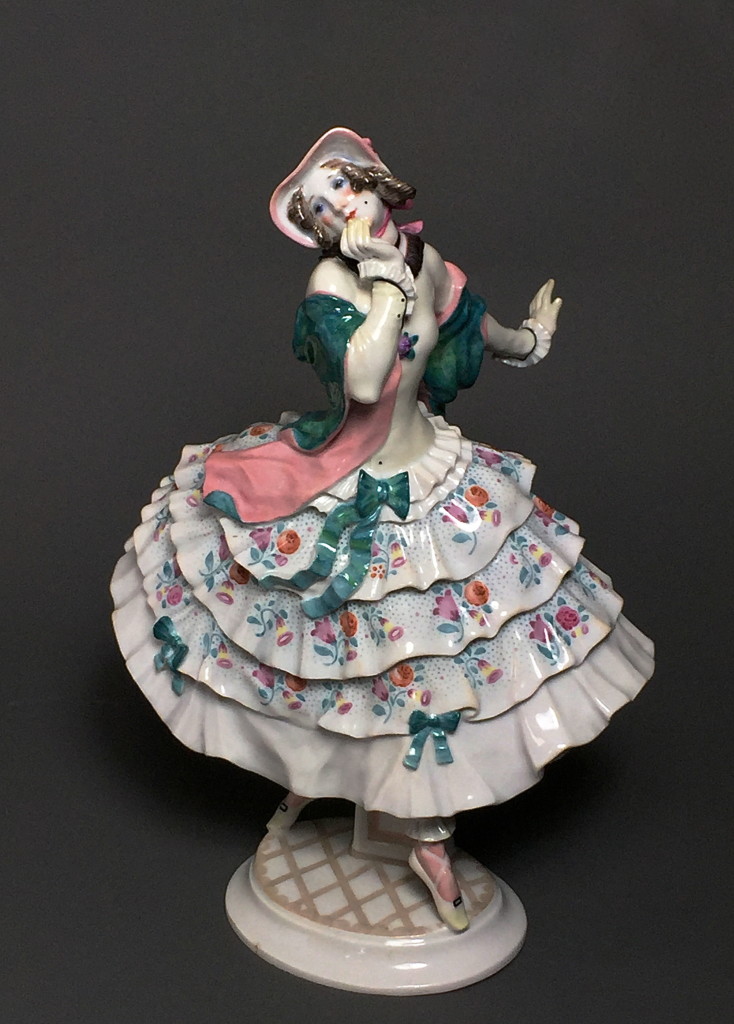 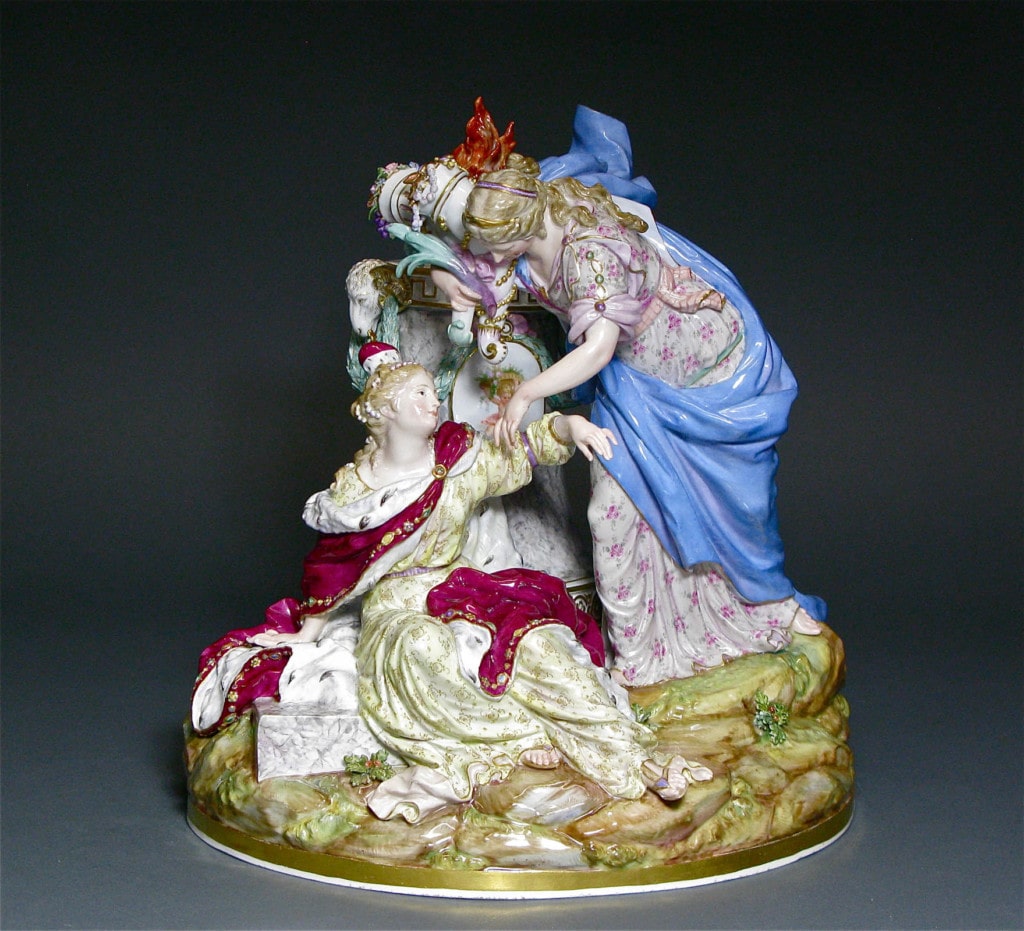