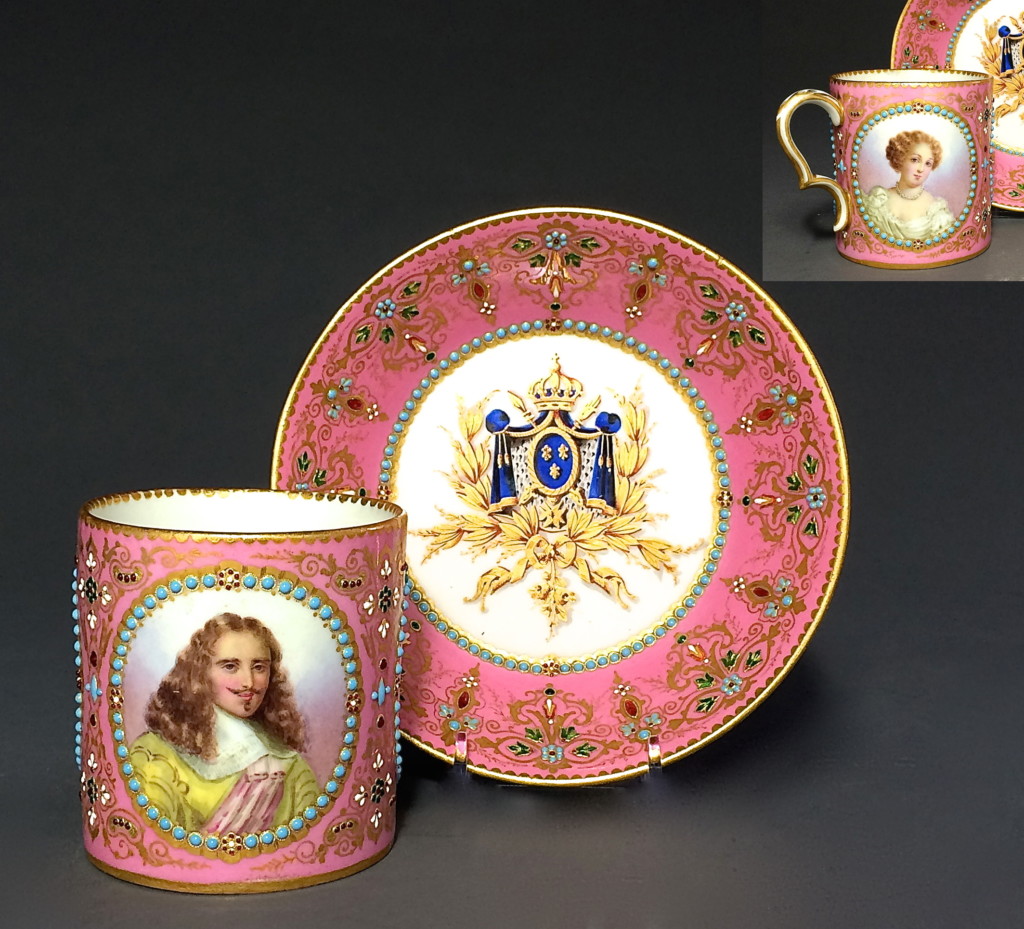 These types of sets became very popular among the collectors of French porcelain for its unique design and unsurpassed quality, especially valued are the cups and saucers embellished with the crest of the House of Bourbon. 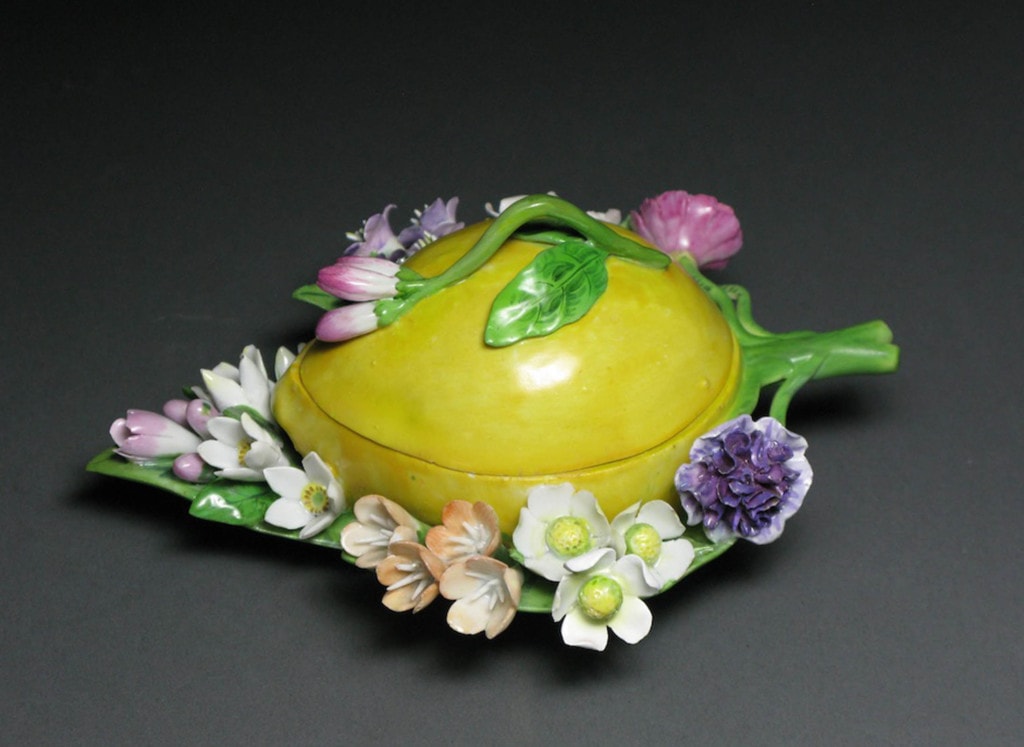 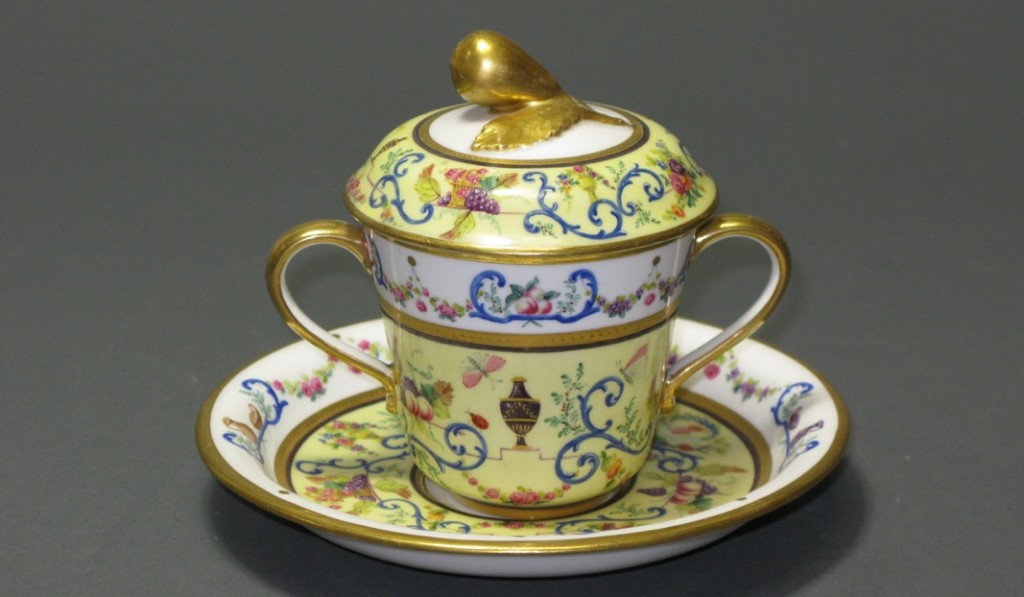 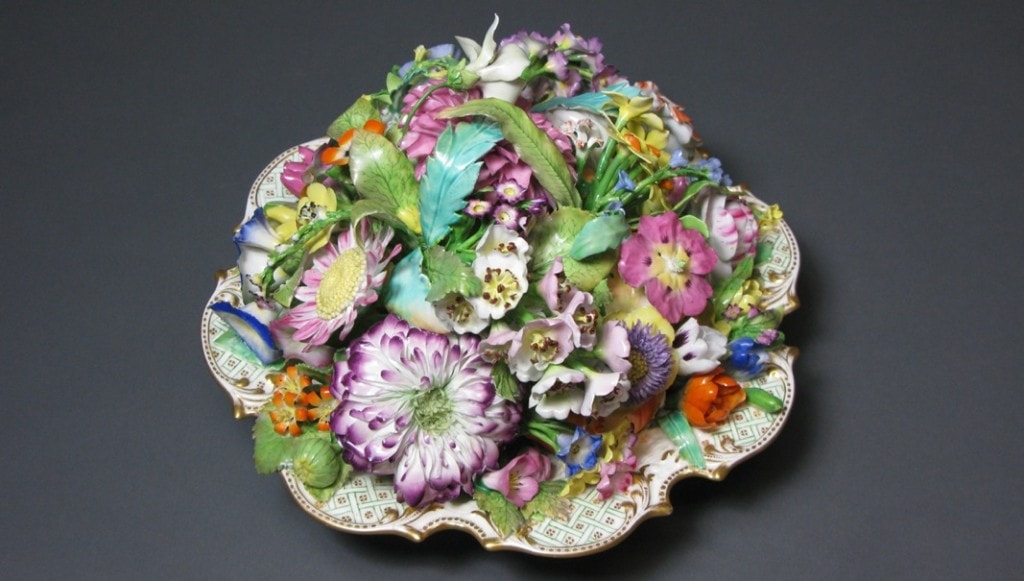 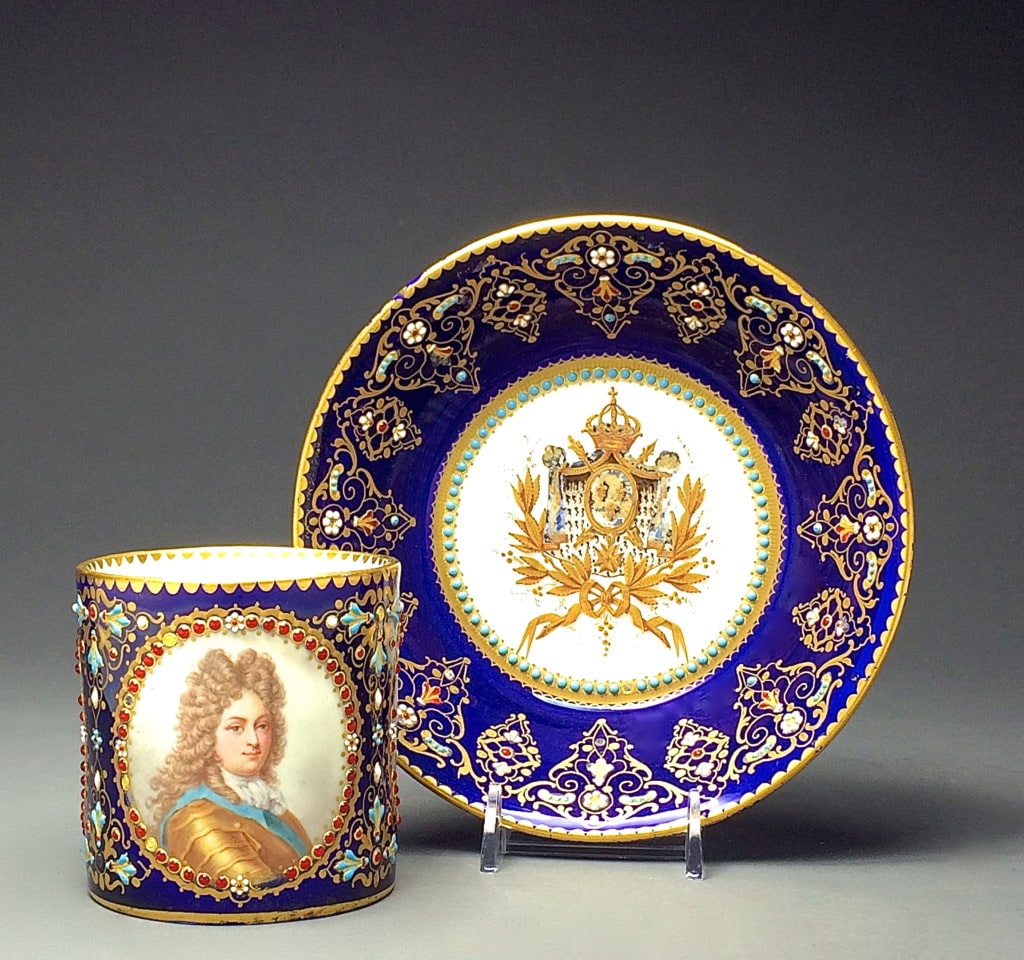 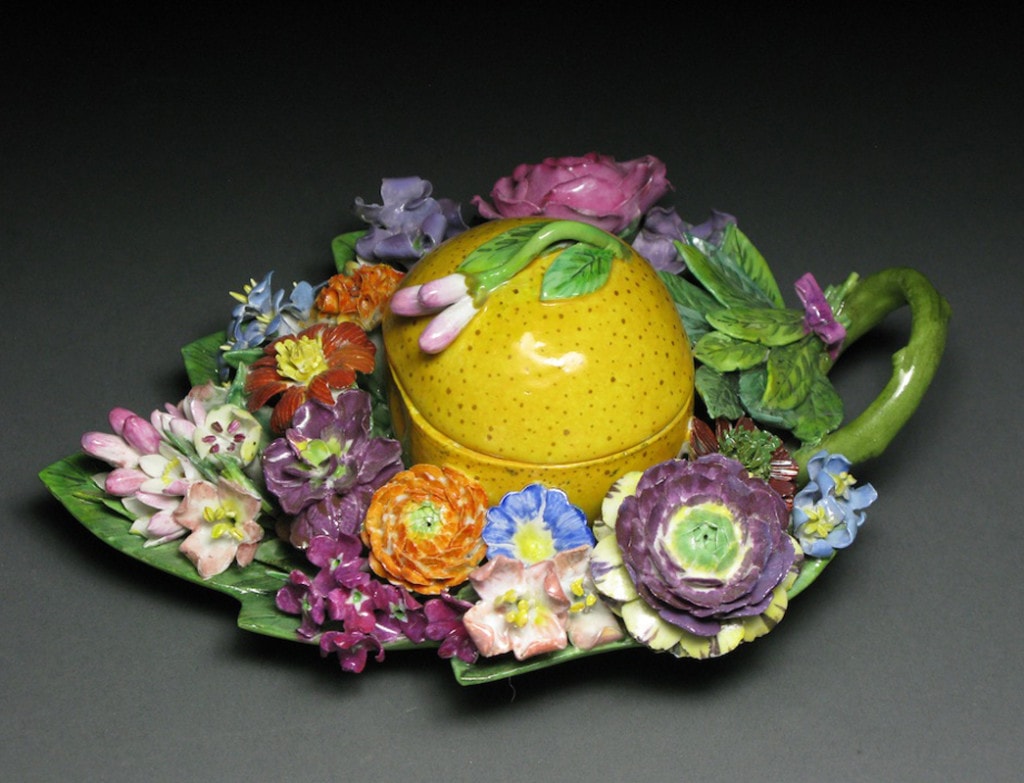 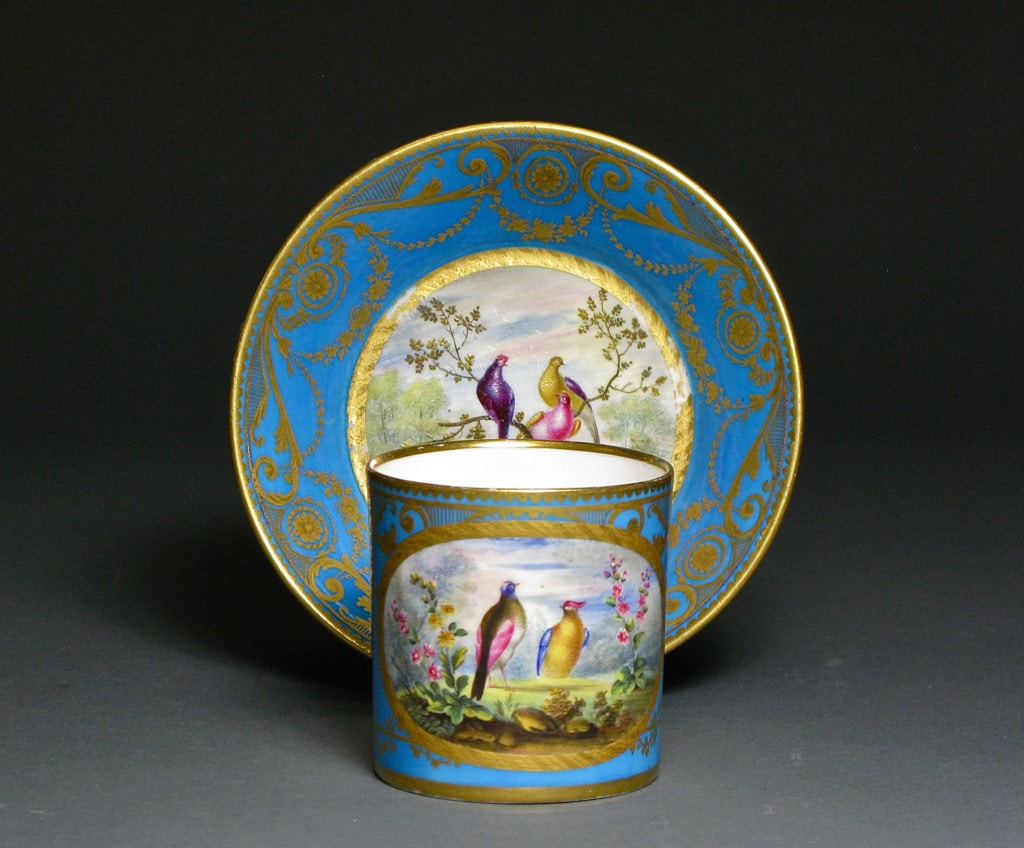 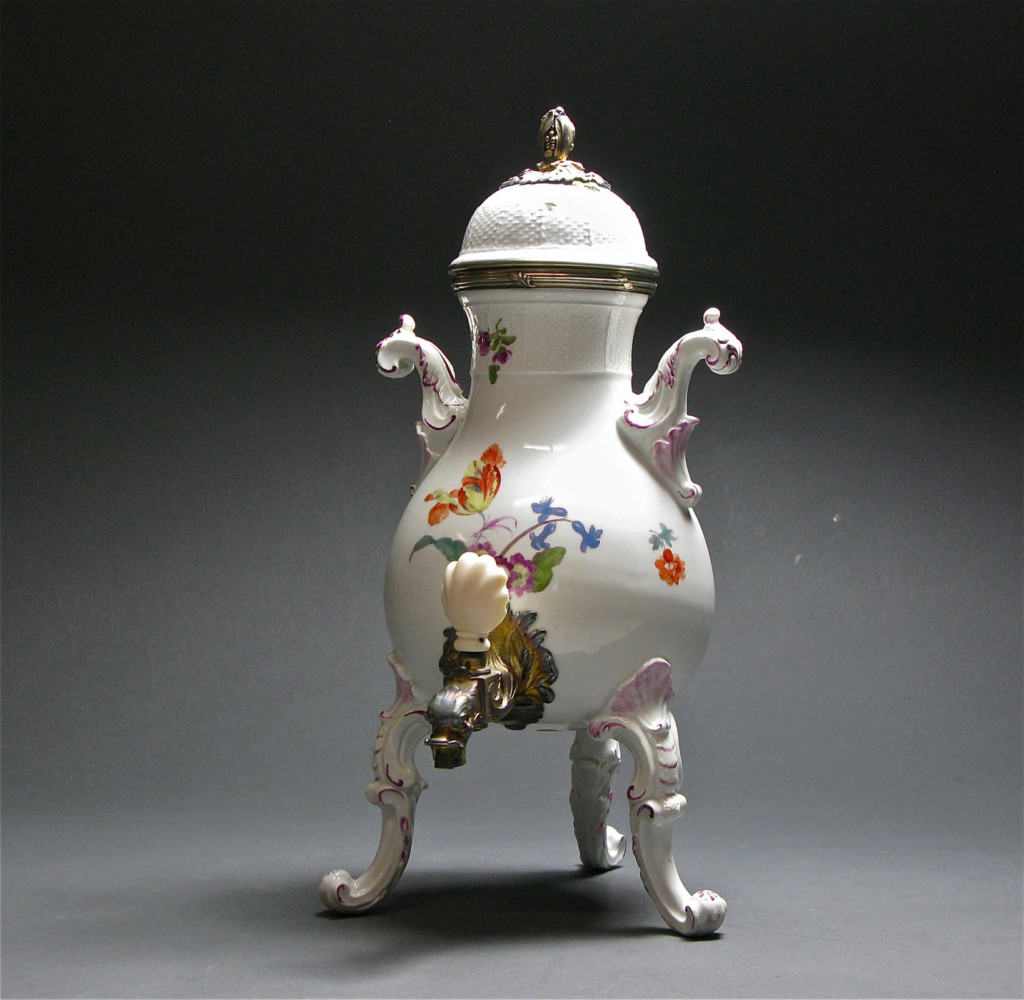