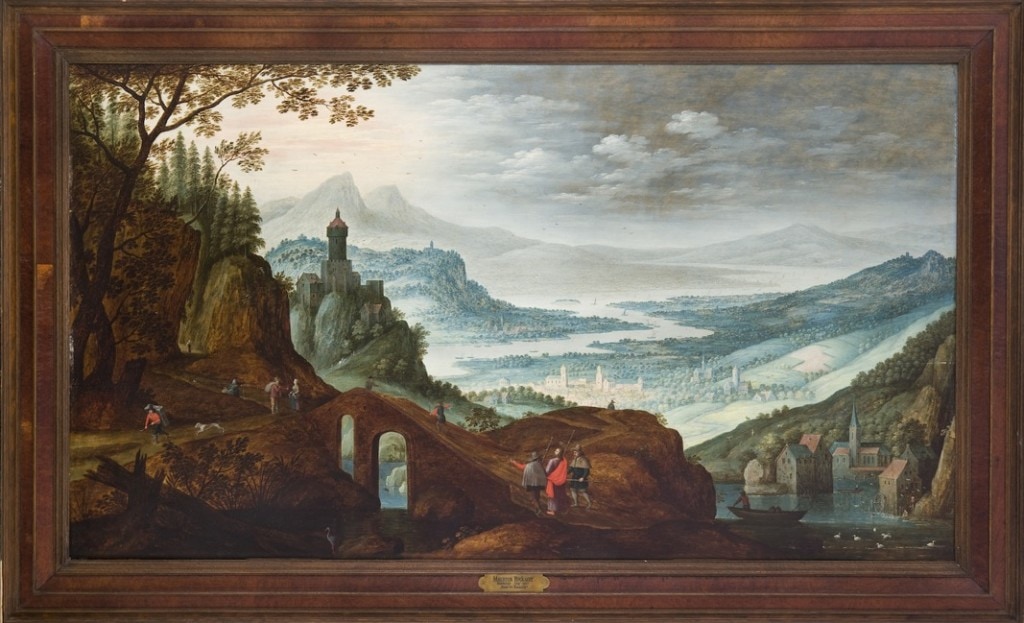 The present landscape bears all of the characteristics typical of the paintings of Maerten Ryckaert. These characteristics include the rendering of the foliage, which is executed in rhythmic patterns of green-yellowish paint, and the application of highlights, which are here evident on the roofs of the castle and church. His work is characterized by rocky forest landscapes, often with waterfalls, ruins, and architecture, in what was then regarded as, and called, the “Italian manner.”

The subject that Ryckaert chose for this panel, Christ on the Road to Emmaus, which many artists chose to paint as a popular subject, demonstrates the artist’s firm roots in the tradition of the Antwerp school of landscape painting. The subject from the scriptures Luke 24:13-32 also Mark 16:12 became very popular in the late 16th century through the dissemination of the print of Lucas and Joannes van Doetecum made after the design of Pieter Brueghel the Elder of circa 1554-55.

On the way, Jesus as seen on the foreground in a red flock, went through the entire Old Testament, explaining his candid travel fellows how his life, death and resurrection crowned centuries of God’s work; His death was not an end, but a beginning.

Marten Ryckaert (Antwerp 1587 – 1631), was a Flemish landscape painter who was known for his small, usually imaginary landscapes in an Italianate style. 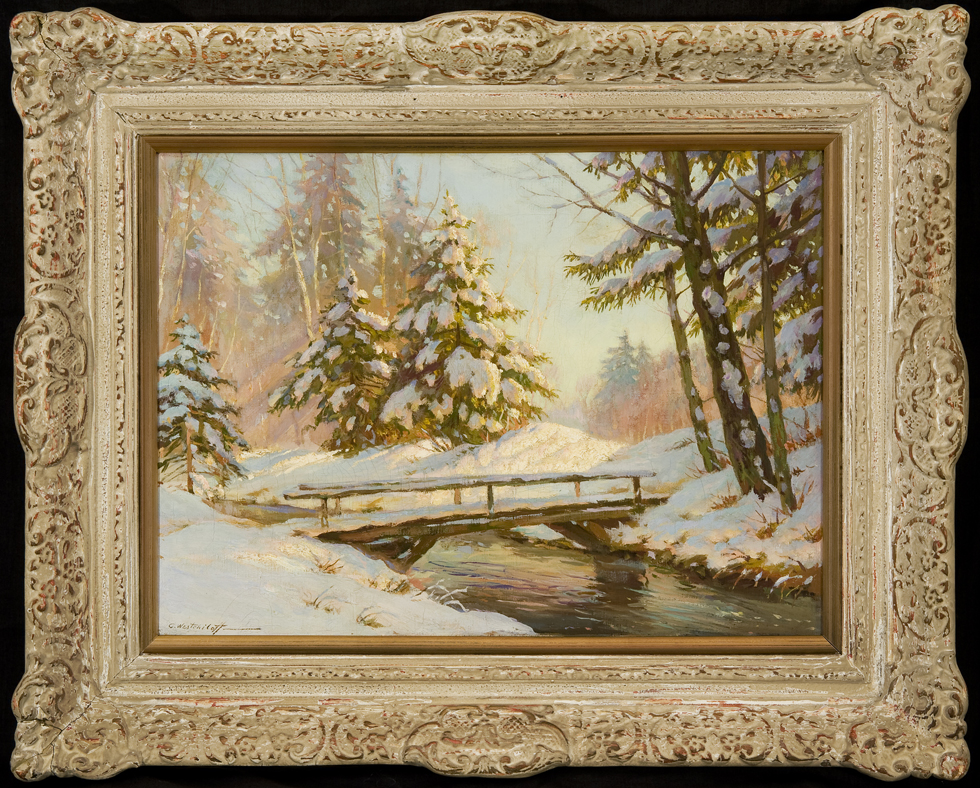 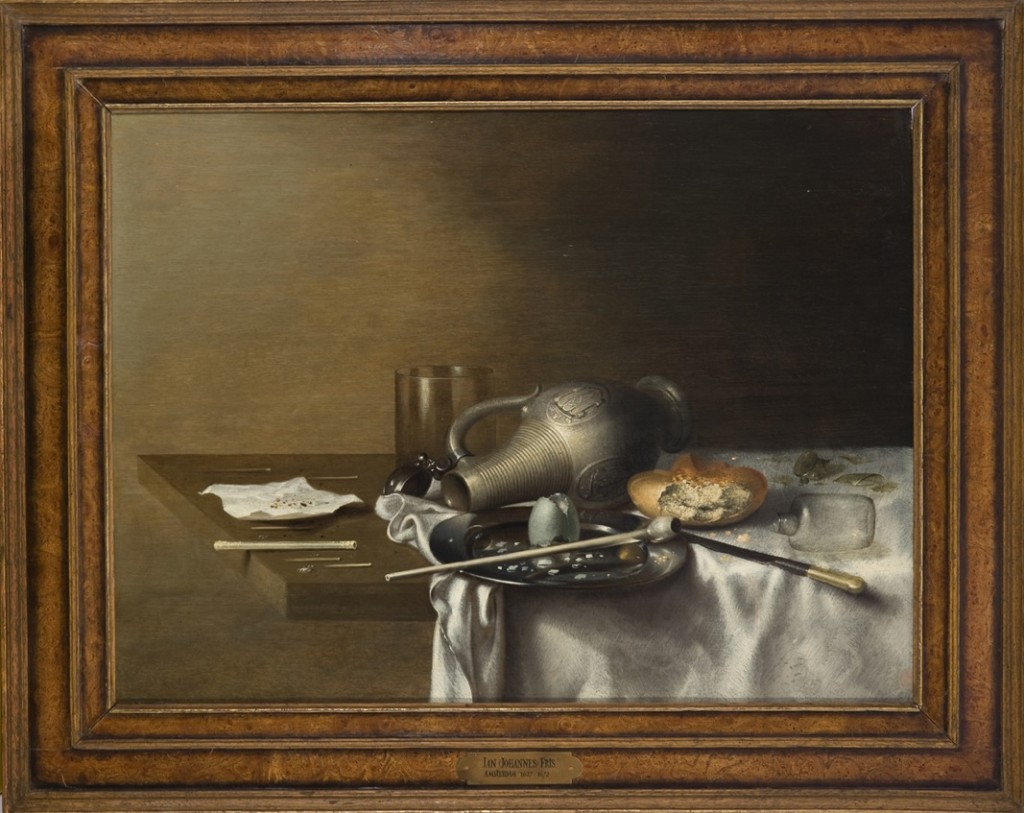 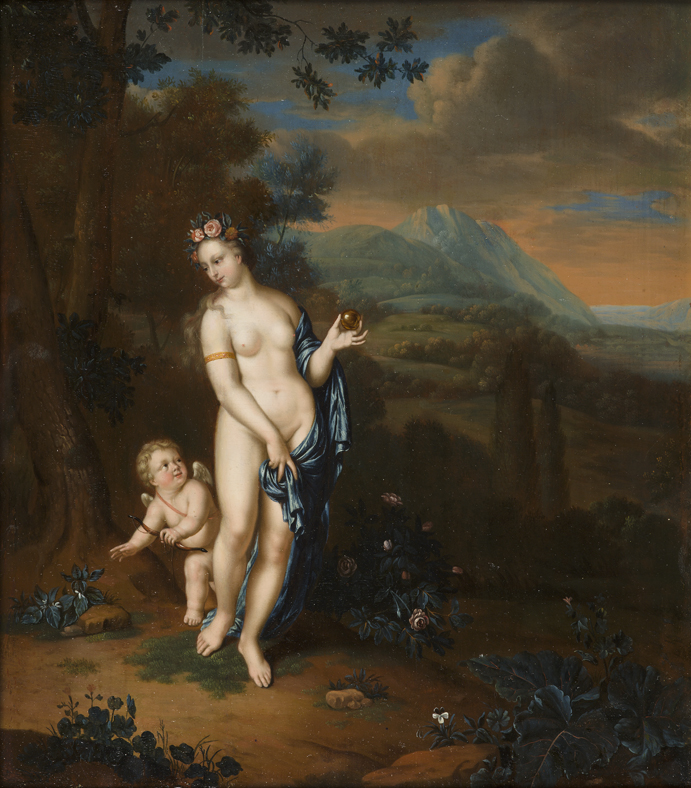 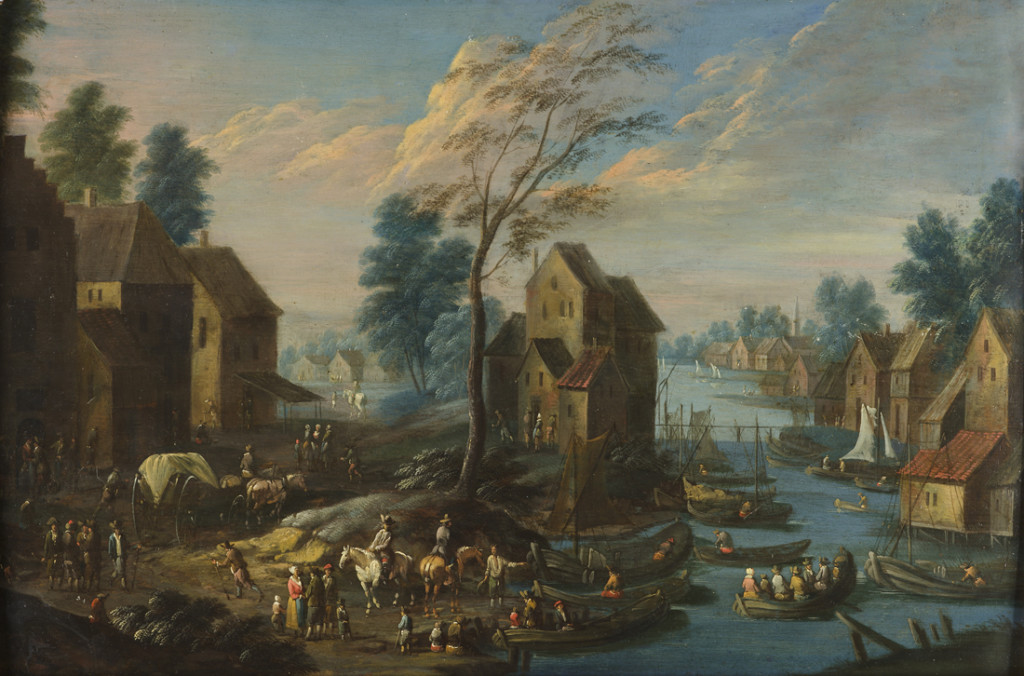 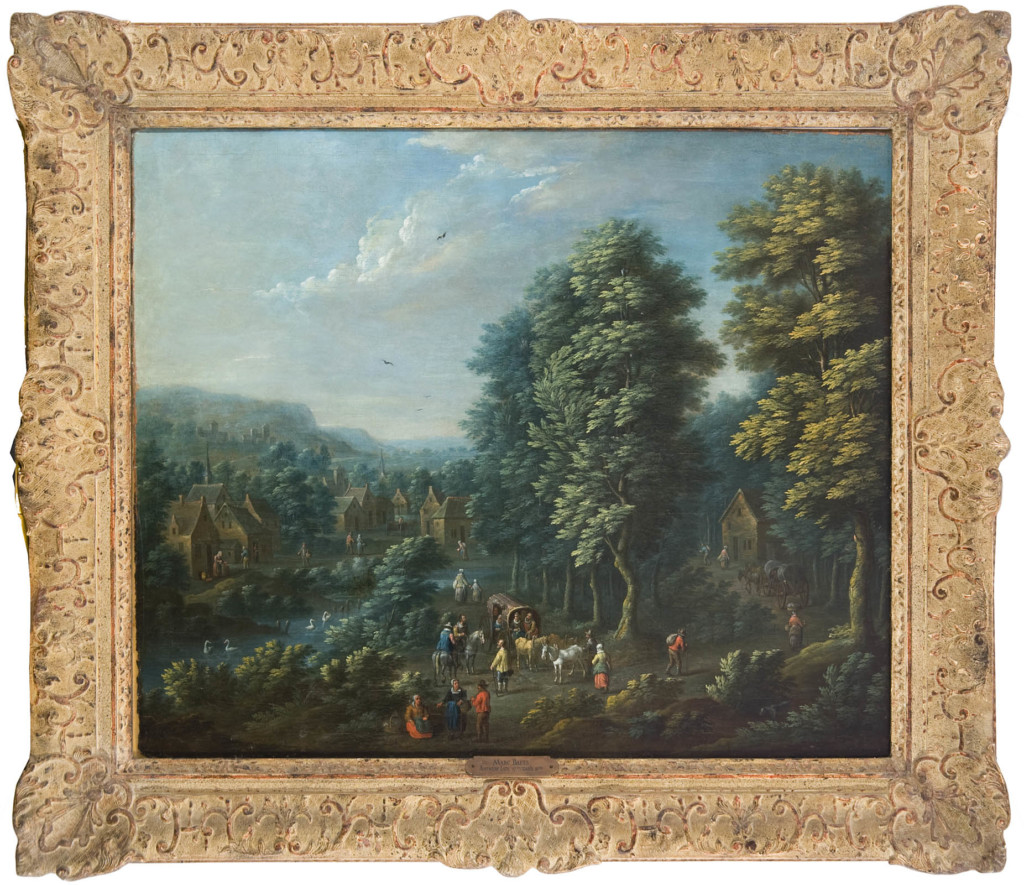